The Power of Dulce de Leche – Indulge Yourself with This Sweet Delight! Ever since I can remember the dulce de leche is one of my favorite in desserts, ice creams, pastries, cakes, cookies, drinks, liquors..if I continue we don’t finish.
It’s impressive the number of uses of this sweet caramelized – gourmet candy, but really in the world, is dulce de leche passion of multitudes or not?

I’ll enter into the kingdom of this succulent dairy product and I expect if you don’t know it, give it a try. Forgive me if you’ll be result addict to the same, if you’re already, welcome to the dessert club 😉

What Is Dulce de Leche?

This dessert beauty is made with cow’s milk and sugar resulting in a splendid cream, of a soft and brown texture for the caramelization process. In mouth, depending on its consistency can be sticky and creamy, that will make you remember for several hours, why you don’t eat more of this magnificent sweet gift.

Yes, I know your question; you have seen it with other ingredients and names, let’s clarify somewhat the issue. The presence of this delicacy is very strong in all Latin America, but especially in Argentina and Uruguay. Also we’ve present at the best culinary art school in France as confiture de lait or in other countries it can be milk jams as well.

Which Are the Different Dulce de Leche Recipes and Varieties?

Variants of dulce de leche by names are:

There are countries of Latin America which may have alternative or generic names because their uses aren’t as high as in the Rio de la Plata (that is to say in Argentina and Uruguay).

As ingredients can be used in its preparation: cow’s milk, goat’s milk, sweet condensed milk, to add baking soda, everything depends on the type of product that exists in your country to do so or the factory that produces it.

It’s so strong their presence in Argentina and Uruguay which raised an international incident, involving even the UNESCO in the year 2003, because Argentina attempted to take it as cultural heritage, giving it an appellation as Argentine product (like the Champagne appellation; this famous sparkling premium wine should be named only from wine producers in the Champagne region of France).
Certainly, all result into nothing, because it’s not clear which is the exact origin and its real history. What is well known, is that in the Rio de la Plata, is the sweet king par excellence from gourmet breakfast to dinner, as a snack or in desserts at restaurants 5 stars. 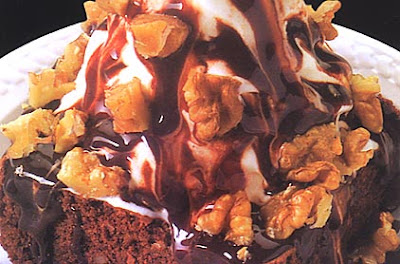 In confectionery the dulce de leche is a little more opaque and thick due to the thickeners added; there is too the dulce de leche light (I don’t think that works, because if you eat tons of it, do you think you won’t feel tight your belt, eh?)

Sh a secret, have you ever tried crema de dulce de leche? Or to worsen the things, the “mousse de dulce de leche” or dulce de leche mousse? The day I experienced the mousse was so intense the sensation of – I’ll never stop of eating it – hence I decided to leave it, almost immediately, because the jars would be very often in my hands.

The cream of dulce de leche is the common plus an extra cream added to the preparation and its corresponding mousse, is with egg white (thanks to French fresh cuisine), giving a spongy consistency unrivaled. Professional pastry chefs also get crazy with it.

People of different cultures like Asian, Middle East, West, etc; have been delighted with the dulce de leche, becoming fascinated and they finish eating spoonful by spoonful; in general always generates this sweet social phenomenon like the chocolates.

Do you want a recipe on how to make homemade gourmet dulce de leche or eventually making a dessert with it? Why only one, if you can have several:

Which is your experience with dulce de leche? Is it very sweet or simply irresistible? Sometimes it’s futile to resist.

I love how you included all the different names for dulce de leche throughout the world. It just shows that no matter what you call it, it remains DELICIOUS in any language. 😉

Love your post – thank you for all the info!

@Sister-Java Thanks so much and see you in the blogosphere!!

@Carolyn (http://www.foodgal.com) Totally agree with you Delicious is a global feeling! 😉

@HoneyB Glad you like it and you’re always welcome! 🙂

@Freya Thanks for the visit of other chocoholic like me! 🙂

Wow, neat post on dulce du leche, my only experience with it is on ice cream!

@Foong In ice cream is my favorite flavor!!

I love dulce de Leche! Have you tried it in pumpkin pie?

@Myrtille Not really, but there’s always a first time to try it!

hey Gera! I love Dulce de Leche – it is one of life’s greater more exquisite pleasures! Glad to see you join us in the food blogging world and I look forward to seeing more great yummy posts from you!
Hugs!

Ah, yes. The POWER of Dulce de Leche. So beautiful!

@Jaime Really I agree, the dulce de leche is wonderful! Thanks for the visit!

@MeetaK Definitively it’s an exquisite pleasure! Very happy to see you here 🙂 meanwhile, I always enjoy your fabulous posts! All the best Meeta!

Oh, great post! Thanks for all the info! Love Dulce de Leche. Yum.

+Jessie
a.k.a. The Hungry Mouse

this is simply amazing, thanks for the information.

enjoyed reading your insight, history + taste memories on dulce de leche. your mention about condensed milk reminds me of this ice cream my mom used to make for me when I was little…combined with orange juice…kinda like a 50/50 bar or dreamsicle frozen treat we have in the states ~

@Tom
Thanks for stopping by!

@Taste Memory
Ingar an ice cream with condensed milk more orange juice that sounds very tasty! I never tried dulce de leche ice cream with orange, but looks fabulous to do it! Thanks for the gorgeous idea! 😀

Thanks for the informative post! I’ve only tried it a few times and loved it so much that I have bought all of the ingredients to make some at home 🙂 So reading this article is rather serendipitous!

Great Post!
In Colombia is called arequipe and manjar blanco.