Uruguay food is linked intimately to football. With the good performance till now of the Uruguayan football team, the soccer passion is reaching new frontiers.
Uruguayos and uruguayas (people from Uruguay, male and female respectively) are getting crazy with the World Cup games and Uruguayan dishes are involved too.

Just in case, before entering in the food stream, some basic Uruguay facts: it’s is located in South America, between Argentine and Brazil. The capital of Uruguay is Montevideo.

Why this madness? Various generations have never seen good results and Uruguay won the World Cup in years ended in zero 1930 and 1950 – may be is this the time of a third victory in South Africa 2010?

How Uruguay looks the days of a match for the 2010 World Cup?
These days the country becomes completely stopped and it begins the social eating in front of big screens (with the game in real time) at bars, parrilladas, restaurants and even at streets, where shops have TVs turned on, to attract clients to their showrooms.

Mostly uruguayos (guys) hang on in front of the screens for eating and drinking frozen beer – although we’re in winter! In recent years, the presence of uruguayas (girls) are raising fast to watch the football games as well.

What types of Uruguay foods and behaviors are, right now, at those places?

You’ll see Uruguayans screaming, jumping, laughing, crying and sending to hell f&%* !#u! to the judges while enjoy pizzas with mozzarella plus different toppings and the legendary faina.
Faina with abundant pepper or with the called here “white mustard” (German – style mustard based in beer, of course) or pizza a caballo (pizza with a faina on top). 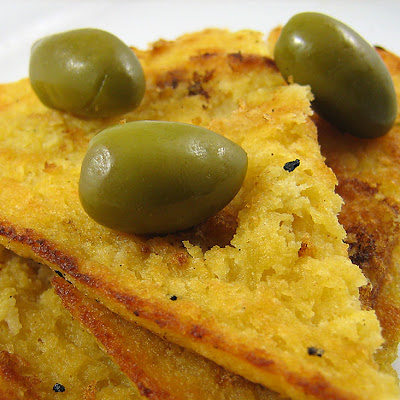 Another Uruguayan dish very common is the chivito uruguayo, typically made with beef with generous portions of fries and as drink beer or soda. 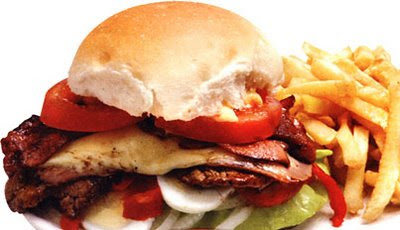 After ended the first time of the match, the activity increase again with a lot of transit and everybody is in a hurry to catch the second time soon.

Depending of the game hour, you can see also consuming a milanesa a la napolitana or a milanesa en 2 panes (sandwich of milanesa) 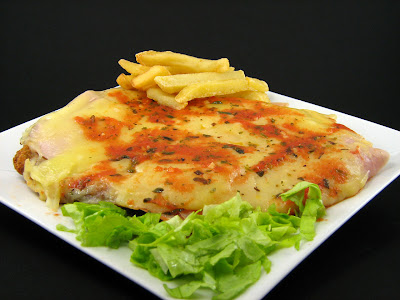 Uruguayan empanadas come handy because they are easy to eat while you palpitate the game, pairing perfect with a beer – again – of famous local beer brands like Pilsen or Patricia. 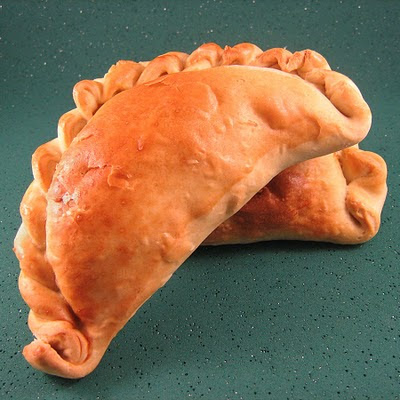 If the Uruguay football team with Forlan has achieved a happy ending, the Uruguayan people go to their homes, to normal activities or others go the “18 de Julio”, the main avenue of Montevideo to celebrate with flags and plenty of noise for several hours. Probably some of them will take their gourds with yerba mate, a bombilla and termos with hot water for these cold days. 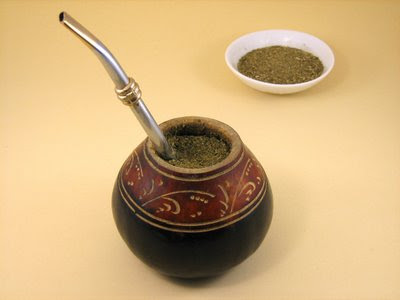 What about desserts? May be you can have some alfajores with dulce de leche, ideal sweet snacks if you’re walking, but really you don’t need a special occasion to taste an alfajor de maizena 😉 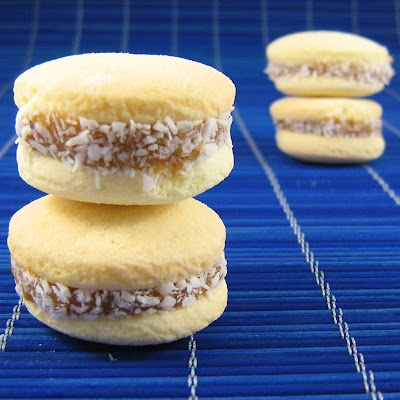 Hope the Uruguayan soccer team still will achieve good performances at the football World Cup. Since now the results were Uruguay – France (0 – 0), Uruguay – South Africa (3 – 0), Uruguay – Mexico (1 – 0) and the next games coming, who knows?

Which types of foods are tied to games or sport-events in your country? Do you enjoy the matches or you like to do other things while the game is rolling? I don’t know you, but I’m hungry, again!

Subscribe in a RSS reader or get updates by Email!
If you liked this post, don’t forget to use the social buttons below to share on your favorite social sites.

Well, you know Gera how I'm a very generous person. We Italians have won the cup enough times so maybe we can open the doors for you to possibly win the cup. What do you think about that?
Big joke…my friends and family would never forgive me ;o)
It would mean…no more great offerings of espresso and fantastic free pastries!!! Oh…I can't give that up!
Or maybe…I need to come visit you and have a bite at everything you placed on your wonderful menu ;o)))
Good luck in the games. The cup is up for grabs…and we just may be very surprised at the outcome!
Ciao for now, Claudia
My recent post Pasta Miss ALFREDO with no cream

I want some of those empanadas! everything looks so wonderfully tasty 🙂

Such wonderful dishes here — most of which are surprisingly familiar to me — and such wonderful result also for Uruguay at the top of its group in the WC (by quite a margin) and with today's win over Mexico. Congratulations to you for both. I'm cheering for you!
My recent post Four Fruit Smoothie Popsicles: Mango, Raspberry Cheesecake, Blueberry/Coconut, and Avocado

What delicious eats Gera! I have wanted to make Faina since you first blogged about it. In the US hot dogs and beer are synonymous with baseball and wings, pizza, dips and chips come to mind for football.
My recent post Cod with Sage Garlic Butter

I'm loving watching the World Cup and your insight into the Uruguay culture here. I haven't heard of a lot of these dishes, but many look fantastic, especially the desserts (my weakness…big surprise!)

Wow! I'd rather have any of those fantastic dishes than the warm beer and lousy hot dogs they serve at sporting events here! Great post, Gera!
My recent post Jalapeno POP Burger (video)

Great timing Gera… and a wonderful window on Uruguay! LOVE IT!! What a delicious spread!!

What a great read, and after the US, I'll root for Uruguay, especially if I can get my hand on some of that delicious food. I got to sample plenty of the Argentine versions recently, but look forward to comparing the Uruguayan versions too! What a fantastic post!
My recent post Judging a Nation by its Sausage

What an interesting post Gera! A lot of those items are new to me except for empanadas and alfajor de maizena which we can get here! 😀
My recent post A Food Tour of Wellington &amp; Cuba Street, New Zealand

Congratulations on Uruguay's win over South Korea and advancement to the quarterfinals!!

Each and everyone of these dishes would be a delicious way to celebrate but I'd take as my first picks the empanandas and alfajores – something savory followed by something sweet. 😎
My recent post Fork in the Road- North Platte Noodles

just dropped in to say YAAAAYY!! Uruguay 🙂 I bet you must be jumping up and down in joy :-D.. and yaay for the farinata too. love it. Congrats again.
My recent post Cherry Chocolate Almond Bar

My mouth is just watering reading the post, I'd love to give these a try and make them for myself …. Hmmm , you just never know 😉
My recent post The Official Remergence Twitter Competition

The pictures are awesome and I wonder hoe Forlan is going to fare in the next cup. This time it was Forlan which outshone rather than the Uruguan team. The food recipes are amazingly glorious and I’ll expect to come across more fun and nutritious recipes.

We believe truly on the quality of the food. This is the difference when preparing all those delicious dishes you speak about.

Thanks for promoting uruguayan food.

Andy @inmobee by the way: we love real estate!